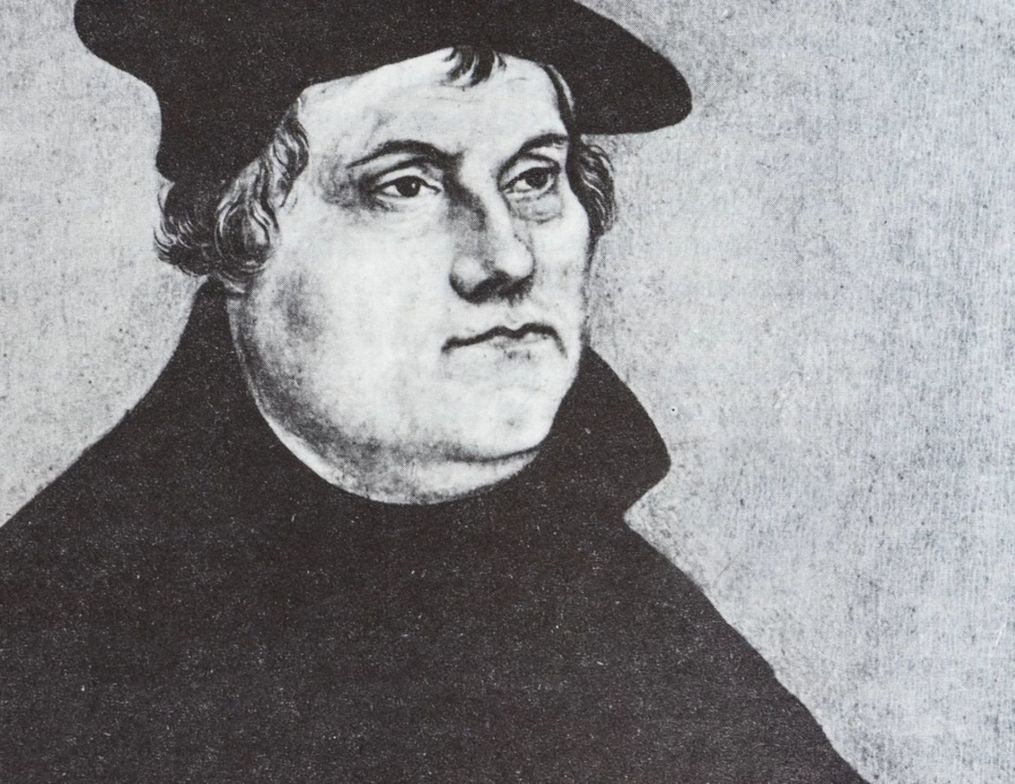 As a theologian and pastor, I am often roped into theological conversations around dinner tables filled with family and friends. That may be the fate of every person trained in religious studies — just about everybody has a question or, better yet, a theory they want to try out.

As a Lutheran theologian and pastor from a family that didn't know something called Lutherans existed — I'm originally from Oklahoma and now living in Texas — places where Lutherans aren't as thick as they are in the Midwest, my responses to theological questions often cut directly across the theological assumptions embedded within most of these questions. Invariably, I am asked to say something about what it means to be Lutheran.

What I offer is a crystal-clear presentation of God's grace. Because these people are living within an ideological framework shaped by the Prosperity Gospel, they are already burdened by law. They are concerned about who will get into heaven and who won't. They are living in fear, wondering if their questions alone have disqualified them from God's love. With this awareness, my response is grace heaped upon grace.

During a recent visit to a friend’s house, I was invited into a conversation—a theological debate, really—between a father and son. The son, who attends a fundamentalist Baptist church, had expressed concern for the state of his father's soul since his dad is currently in a life-stage of deeply questioning every system in his life. The visiting theologian was the perfect person to mediate, with both seeking validation.

I confidently presented a God of Love. I shared my view that questions are not a sign that faith has been lost, but that understanding is being sought. And I expressed my confusion that so many people who confess a God of Love are so heavily invested in who that God will condemn to hell. What gives us such confidence that we can perfectly know God's will and the full extent of God's mercy? Even as the young theologian accepted this dose of humility, I urged the father to tread lightly. We all have our questions, but they need not be imposed on everyone. We are all at different points in our journeys.

Because we are saved by grace through faith and not through works — even through a work of professing faith — we are freed from the burden of caring for ourselves alone. Because of this good gift, we can more fully focus on the needs of our neighbors rather than ourselves alone. This neighbor-ethic has a profound set of implications and challenges for interpreting governmental policy. It is those implications that ground our tradition, as they did in Luther's own time.

The next question they asked was about what it means to be Lutheran. My response, that time, focused on how Martin Luther—the Reformer, not the American civil rights activist—was committed to challenging the unjust spiritual systems of his day. The doctrine of purgatory was being abused and the people exploited.

As time went on, he knew that his message was for the people, not just for the highly educated elite. This is the meaning behind his commitment to publishing in German, including translating the Bible into German. He used the technology of his day—Gutenberg’s invention of moveable type was as revolutionary as social media in our own time.

Some went too far, so Luther found himself in disputes on two fronts: confronting Catholicism and the radical reformers, holding the middle. He was not always perfect about that; the Peasants’ Revolt is a case in point. He was, in a sense, a robust moderate charting a path forward without rejecting of what had come before.

Such a strong commitment to the theological and social questions of his time give us insight into Luther’s personality. When we look at the character of Luther, however, it’s sometimes difficult to connect him with Lutheran Christians today. We’re Lutherans, but we’re not known for being what one might call ‘Lutheresque.’

What does it mean for Lutherans to be more 'Lutheresque’ today? What is the vernacular we need to be speaking? What is the unjust, exploitative spiritual system we need to confront today?

The confrontation is with Evangelicalism and, specifically, the Prosperity Gospel underlying most popular American Christianity and its missionary creations around the globe. The Prosperity Gospel—a message that tells us that if we pray the right way and, especially, give the right amount of money, we will be blessed in this world—is precisely what Luther identified as a “theology of glory.” It has nothing at all to do with the Cross of Christ, where God is revealed not in blessing but in weakness.

The false Gospel of the Prosperity Gospel has the effect of blaming victims for their own suffering, a callous theological perversion that silences our compassion for the poor and oppressed. This spiritual system is linked to political and economic systems, namely fascism and capitalism.

Confronting the trifecta and rejecting the colonization of spirituality by the economic and political spheres is the calling of global Lutheranism today. We can no longer merely bandage the victims of these systems; something else needs to be done. We need to mobilize and move out, for the sake of our neighbors.

With all of this robust work to do in the world on behalf of the spiritually abused and economically poor, if we Lutherans have something vital and healing to say to the world, why do so few people know that we exist? In the United States, at least, it can feel like Lutherans have withdrawn into a shell of only speaking to ourselves and a few other folks who already know we exist.

All of this means that we spend far greater time convincing ourselves that we are the "real evangelicals” and that people really should appreciate us more. Too often, we can appear to be a community that has lost its nerve. We are Lutheran, but we are often a far cry from being Lutheresque.

It is time for us to again speak in the vernacular. We have a saving and healing message the world needs to hear, even here in northern Texas. We are committed to being a voice for the voiceless accompanying communities in need; it is time to share our motivation and passion for being a church focused on reconciliation and peacebuilding.

To the vernacular, to speak with people outside of our established community, is to focus on the Good News of Jesus Christ. Just as Luther himself was unconcerned with people calling themselves in his name, our call is to proclaim the Gospel, not bring more people into our pews. Meaningful proclamation — proclamation that speaks to the people in language they understand — is the means achieving for this goal. If people wind up calling themselves Lutheran, all the better.

Briarwood Leadership Center is one of the ways Lutherans in the Northern Texas-Northern Louisiana Synod of the Evangelical Lutheran Church in America attempt to speak in the vernacular, connecting with surrounding communities. One of our callings is to provide leadership development and ministry for all—from small children to elderly adults—in ways that respond to the needs of our surrounding communities. Together, we can all learn what it means to be Lutheresque, even as we celebrate our robust heritage of being Lutheran.