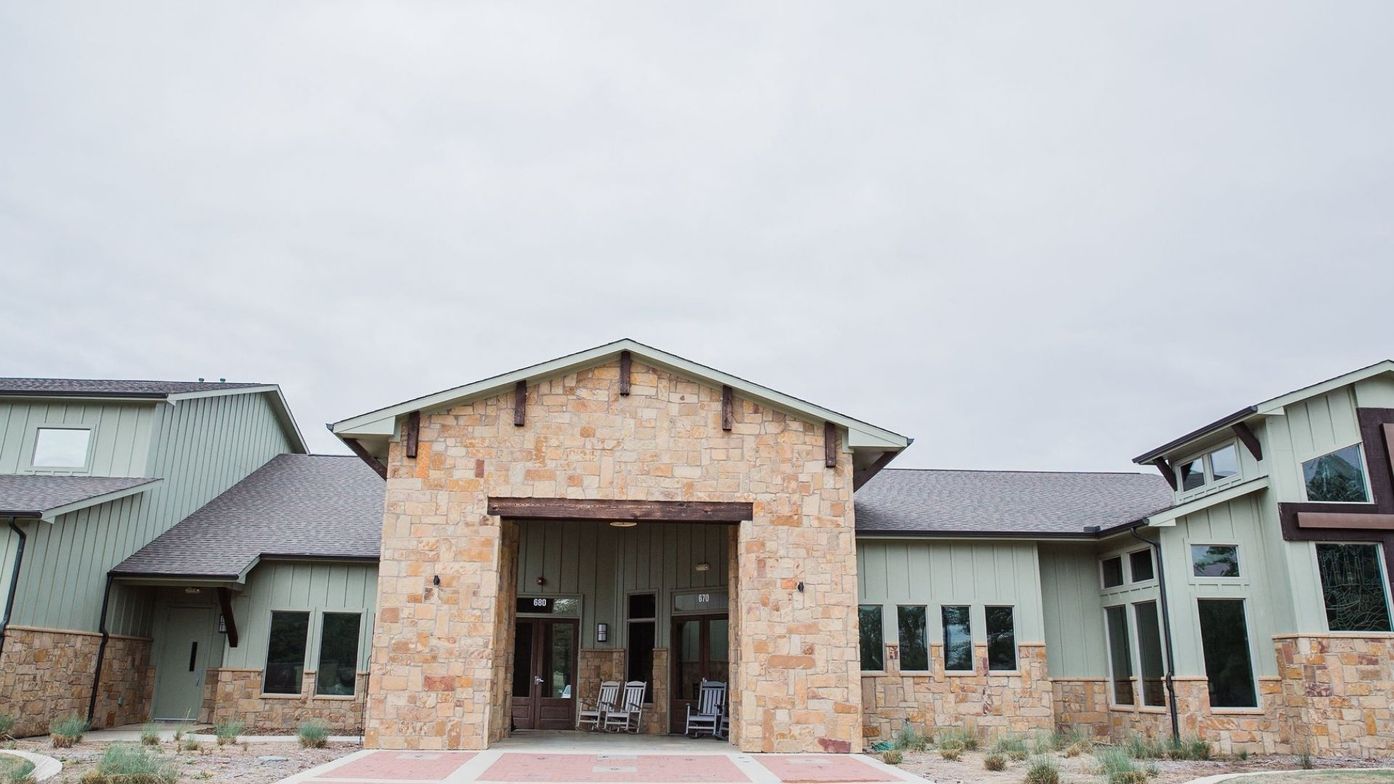 As the magnitude of the COVID-19 crisis is revealed, religious leaders—at every level, national to local—will be challenged to respond to the needs of their communities and society at large. The magnitude and scope of this disaster will fundamentally challenge American society, shaping the callings and responsibilities of all pastors, priests, imams, and rabbis.

The Scope of the Problem

On March 29, President Trump and the Coronavirus Task Force extended federal social distancing guidelines until April 30 and announced that a US death toll from the virus under 100,000 would be a success. The United States is well on its way toward that figure.

On March 2, the US had confirmed 100 COVID-19 coronavirus infections. On April 2, that figure had increased to 244,678 cases. While infection rates aren’t entirely reliable given problems in national testing procedures, the number of deaths is clear. On March 30, the US surpassed 3000 COVID-19 deaths. That number had doubled by April 2.

To put these numbers into the perspective of relatively recent American experience, 2977 Americans, mostly civilians, died in the terrorist attacks of 9/11. The magnitude of the present challenge is clarified when we realize that the estimate of 100,000 to 240,000 deaths is the low end of a model projecting a potential American death toll between 1.6 and 2.2 million.

100,000 deaths, according to Task Force coordinator Dr. Deborah Birx, is a best-case scenario “if we do things almost perfectly.” The problem, of course, is that the US response to this crisis hasn’t gone “almost perfectly” at almost any turn. To compare with another American tragedy, the US Civil War killed an estimated 750,000. If we lose 100,000 Americans in a one-month period, the US would be experiencing 9/11-level losses on every day of that month, spread throughout the country.

In addition to this high death toll, millions more will be infected with the virus, experiencing a range of symptom severity. As it has in Italy, this virus will fundamentally challenge aspects of American self-understanding. Without a doubt, it is a generational moment. We will all remember Spring 2020 and its aftershocks.

I share these eye-popping numbers not to provoke despondency or despair but to indicate the struggle that lies ahead for the United States. It is a challenge unlike the US has ever faced. That may be why our national response to this crisis has beenexceptionally inadequate, especially in comparison to most other western democracies.

In some ways, President Trump himself embodies the process through which Americans have come to grasp the monumental nature of the challenges that lie ahead.

President Trump ended his March 29 press conference with an addendum, something he wanted everyone listening to hear. “I grew up in Queens, NY,” close to Elmhurst Hospital, a facility that had been overrun in the days just prior to the press conference. “I’ve been watching that for the last week on television.” The President described freezer trucks being brought in because the hospital morgue was full. And he was taking it personally. “I’ve seen things I’ve never seen before. I mean, I’ve seen them, but I’ve seen them on television in faraway lands.”

For Americans, wars and massive human tragedies are events that occur “over there,” as President Trump put it, “in faraway lands.” For centuries, America prided itself on having not been attacked by a foreign enemy on its mainland territory—Pearl Harbor and 9/11 are dismissed as cheap shots. For the most part, the United States has imagined the Atlantic and Pacific as buffers insulating it from a conflicted world.

As a result, Americans have never seen anything like this in the US mainland. The United States has not experienced famine or war in the last century. We are not accustomed to seeing a field hospital set up in New York City’s Central Park—a structure most often set up by xenophobic televangelist Franklin Graham’s organization, Samaritan’s Purse, in faraway countries. As the national grief and trauma following 9/11 attested, Americans are not accustomed to considering thousands—or hundreds of thousands—of fellow Americans killed.

Preparing for the Storm

Because we have not had national experiences of suffering and loss, Americans may not yet have the capacity to comprehend the scope, scale, and magnitude of what lies ahead with COVID-19. Most Americans are, by now, aware of the shocking numbers listed above. Our primary response has been to seek the safety and comfort of our families, not anticipate broader societal impacts and implications. We have not yet responded collectively.

National leadership has not prepared the American people for the national trauma to come. Religious communities—as congregations, regional bodies, denominations, and within ecumenical and interfaith alliance—have a clear role to play. In the absence of national leadership from the governmental sphere, religious leaders can help name, address, and respond to this emerging societal need.

But we are not yet there. My sense is that many religious leaders—I am speaking to local, regional, and national levels—are not yet looking at the broader implications of this crisis. Congregational pastors, for instance, are focused on addressing the challenges created by their communities not being able to gather in person; online worship plans have been developed in short order. They are additionally worried about how the lack of gathering will affect financial support. While those concerns are real, they pale in comparison to the societal trauma for which local governmental and public health leaders are actively preparing.

As this moment will define a generation, it has the ability to shape our pastoral vocations, calling us to an urgent sense of societal chaplaincy. Societal chaplaincy involves broadening comprehension of our call to include community-wide and societal well-being. This call includes our primary communities and congregations while extending far beyond.

As we consider the scope of this crisis, the societal chaplain takes seriously the ethical challenges and practical implications of medical professionals determining who receives access to life-saving medical care and who does not. These decisions will result in the need for mass palliative care and counseling for both patients and families. Such a situation demands rethinking how death and dying are viewed as both morgues and funeral homes are stretched beyond capacity, individual funerals are impossible, and municipalities need to consider mass burial policies. Societal chaplaincy is made necessary when we are anticipating a scale of suffering and death beyond the scope of what most of us can even imagine.

Societal chaplaincy involves critical engagement with policymakers and governmental authorities, ensuring that policies are equitable and just. As hospitals implement ethical structures for rationing life-saving resources, marginalized communities—persons of color, immigrants, Indigenous peoples, the immunocompromised, and those living with disabilities—will potentially bedenied services at a greater rate. As in all moments of crisis, COVID-19 will exacerbate already existing social inequities. A societally-minded religious leader will understand that elected officials and clinicians will seek the best for all persons in their communities while guarding against inequities and unconscious bias.

Each religious tradition has wells of spiritual resources and social critique to draw from in times of extreme challenge. The relative comfort of American society—especially apparent in predominantly white, mainline denominations like my own—diminishes our capacity to draw fully from those wells.

Faith leaders will need to be strong voices of support for local officials seeking the best for all persons in their communities. Local leaders seeking to implement social controls when national and statewide leaders lack courage need our vocal support. As health care providers and first responders are depleted due to ongoing infection and quarantine, those systems will begin to falter due to lack of personnel, in addition to the shortage of personal protective equipment (PPE). Medical personnel will be threatened when some families receive news of unwelcome clinical decisions regarding access to care. Faith leaders can be important voices to help maintain the bonds of civic trust, good order, and the structure of civil society.

My fellow faith leaders, the COVID-19 coronavirus crisis is expanding our vocation. We are called to look outward for the benefit not just of our own communities, but for the good of society itself as we seek to promote the flourishing of human communities. This developing tragedy is also a time of potentially tremendous remaking.

What do you perceive is needed in such a time as this?

What global and communal wisdom can we draw upon for responding to this axial moment?

I invite you into this conversation so we can consider together what we might be able to accomplish for the good of all. Stay tuned for potential ways we can engage these and other questions collectively as faith leaders.